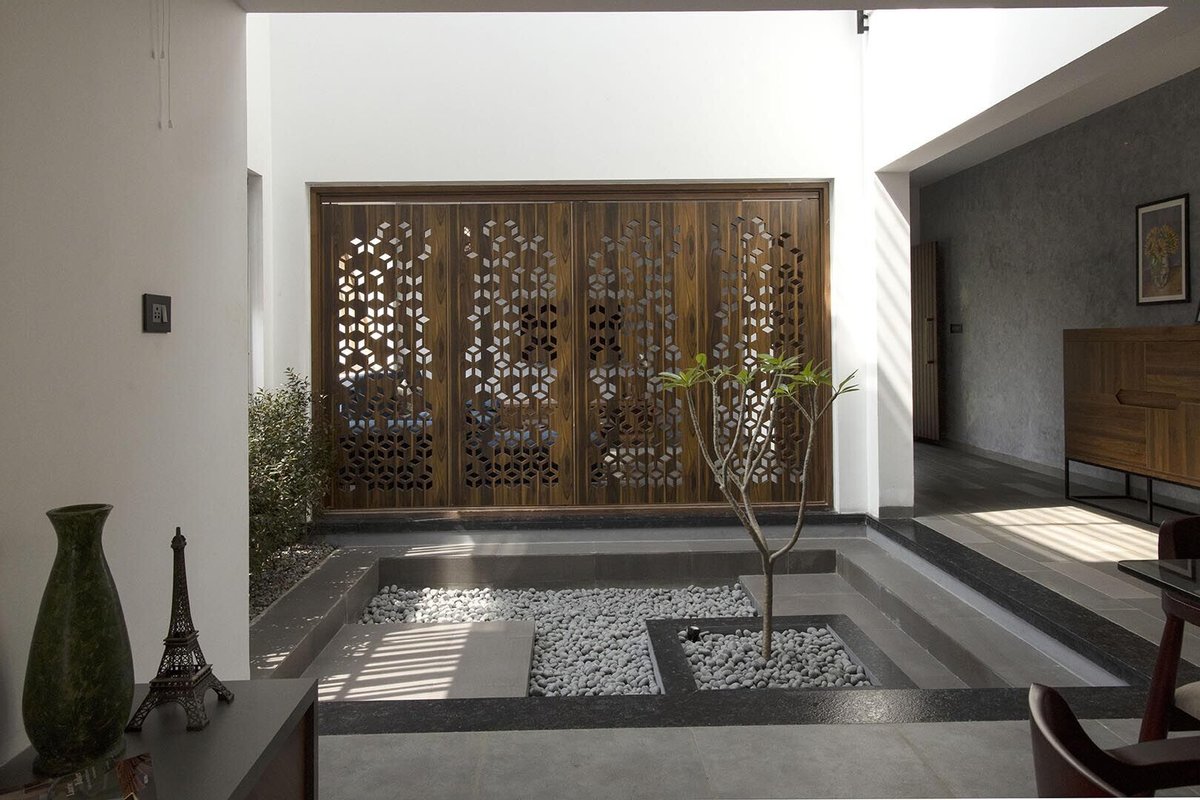 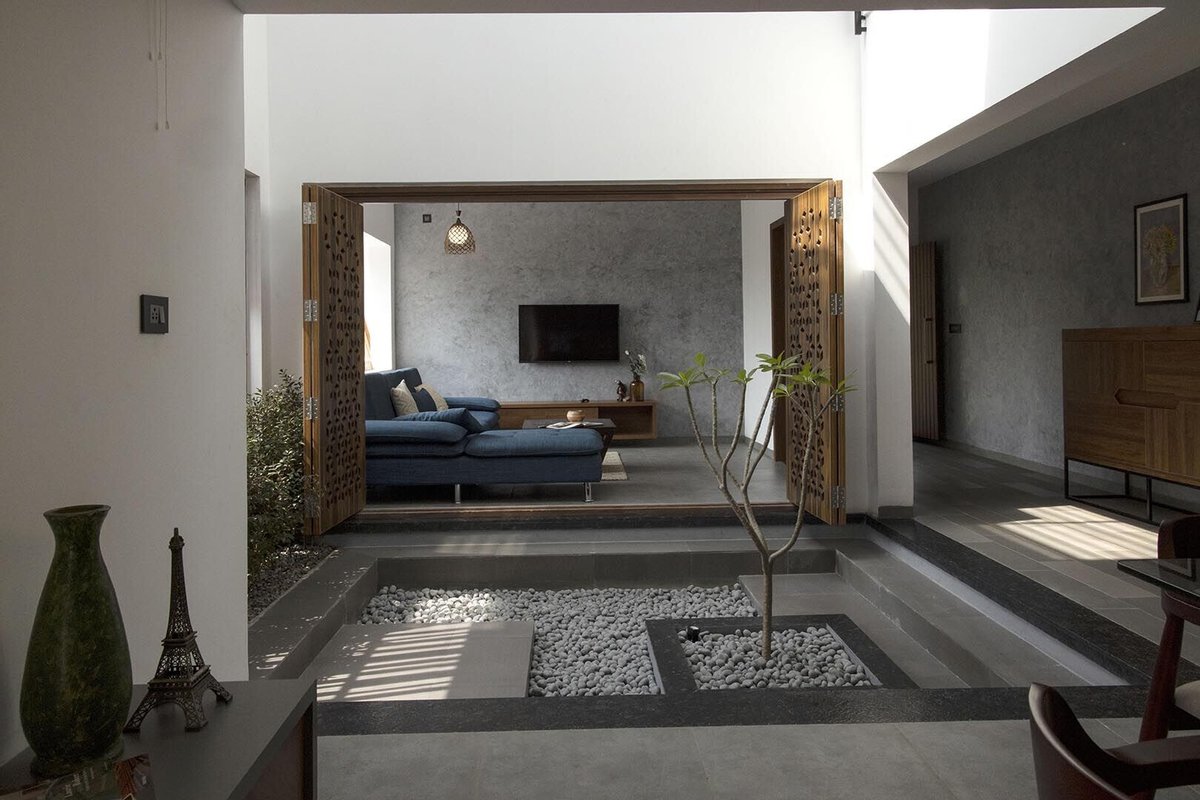 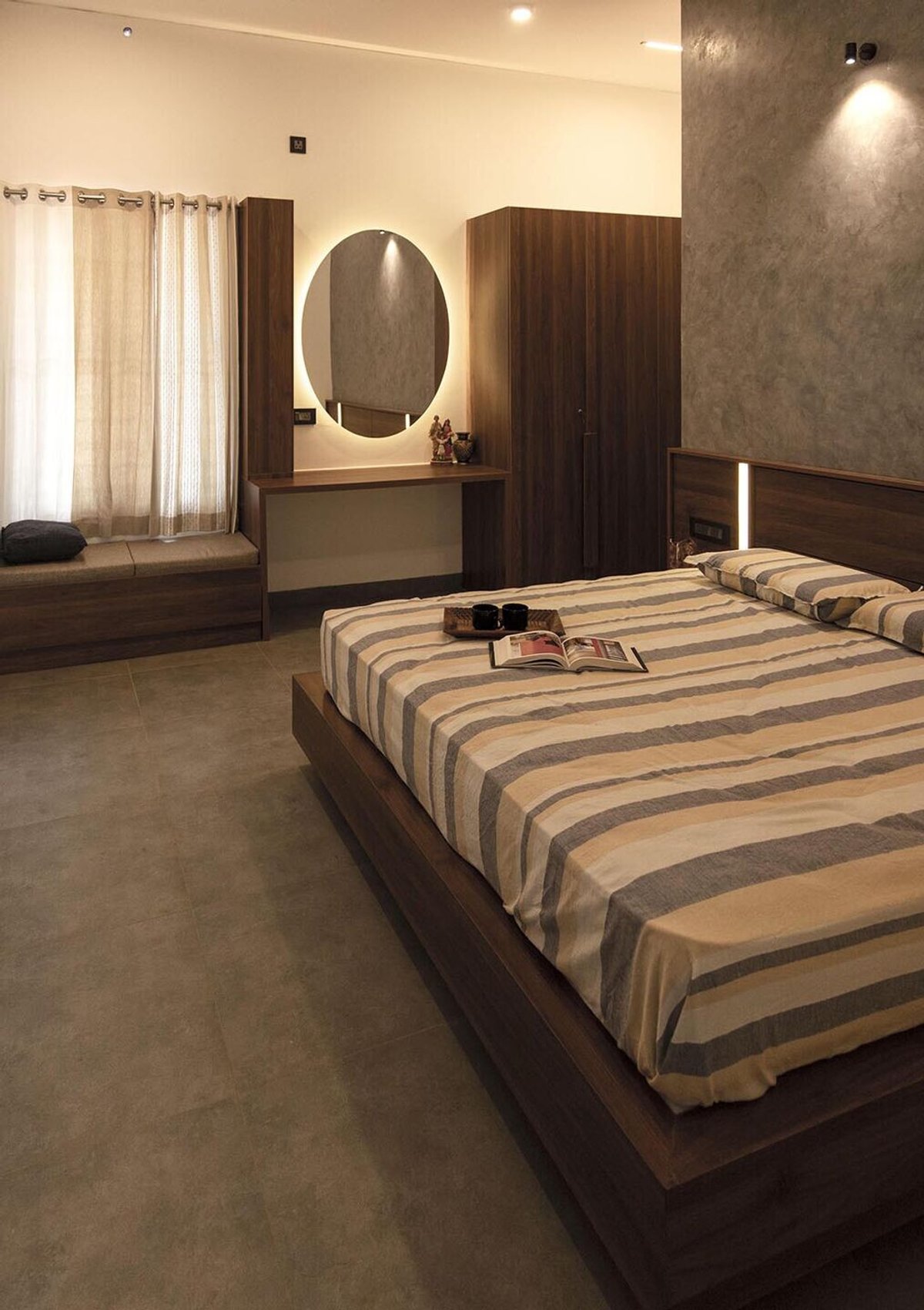 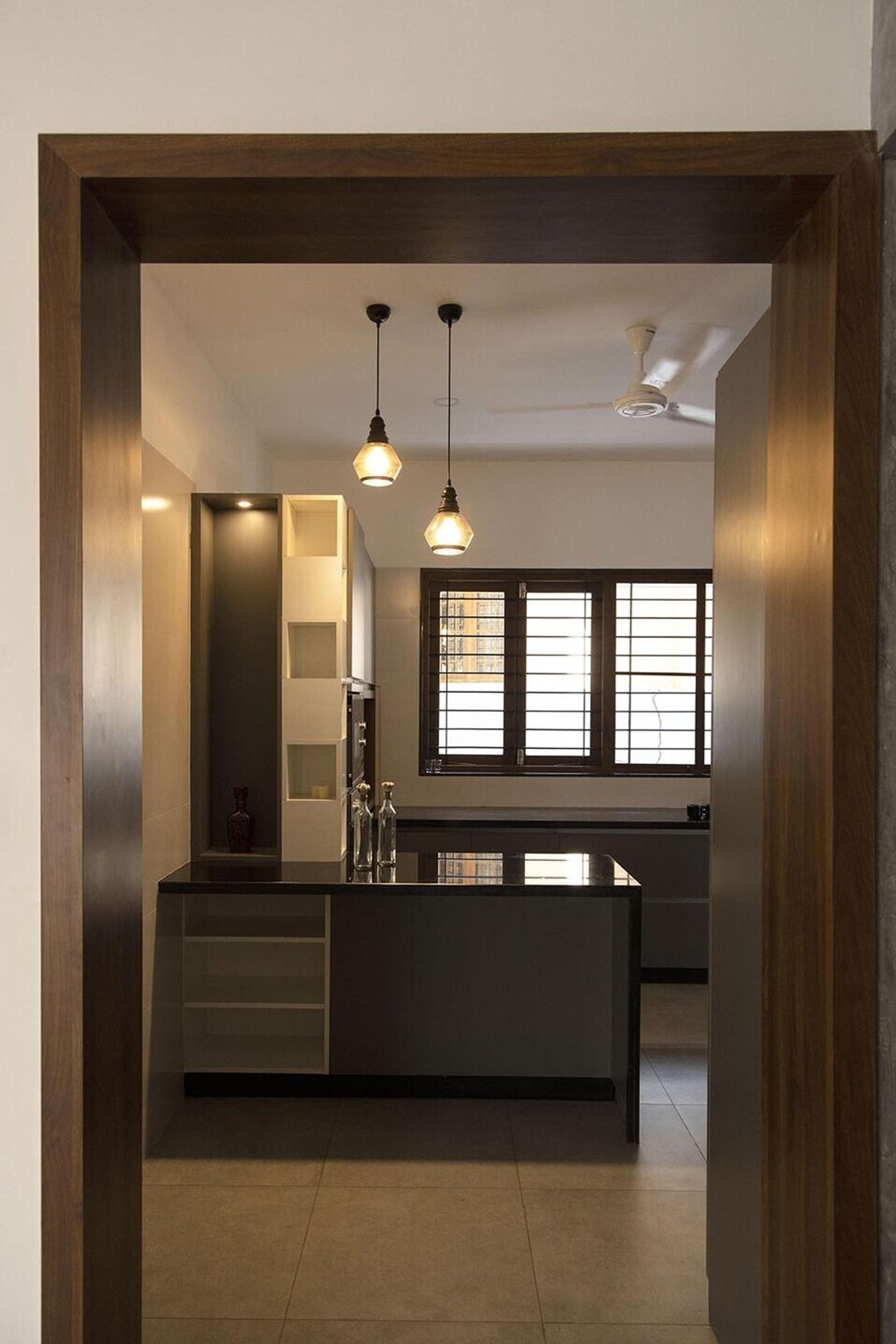 立面的可用空间被细分，以实现对结构的有趣观察流，否则这可能是一个平凡的两层楼高。建筑形式由不同质量的联锁块组成，可以称为三个“管”，一个朝前打开，迎着房子。下一个与周围环境有关的侧面开口。第三层向上打开，起到照明甚至通风的作用。
The brief given to the architects was to bring alive an ancestral property with a century-old structure which could no longer be used. The migration of the family members to bigger cities for education and jobs left the place unattended for nearly a couple of decades.

But the then-village, now being a buzzing semi-urban outskirt of a fast-growing city, sure brought back the family to its base; having settled well in their lives. The house had to be a home; not just for the four-member family who were the clients, but also for the entire extended family. For this was a place to gather, to celebrate and to be!

Except for the bedrooms, no visual barriers were to be given, to any of the common areas. This was achieved by connecting the formal living, dining, family living and the breakfast nook- all connected volume-wise and to an extent, visually. These connections are direct, indirect or restricted. The courtyard acts as a physical barrier along with a perforated, paneled sliding folding screen, between the formal living and the rest of the house. Yet, on opening the screen, the entire common area of the
house is just one single volume.

The Site being west-facing, openings towards the west are completely avoided except for the main door, which is guarded from the harsh evening sun by the buffer of a low-ceiling sit-out in the front. Three of the four bedrooms are given on the Northern side for the same reason, as to avoid the soaring mid-day temperatures. Openings on the South are restricted to the ground floor. The central courtyard with grills on its South and skylight above keeps the insides cool.

The available volume of the facade is subdivided to achieve an interesting flow of gaze to the structure, which could otherwise have been a mundane two-floor elevation. The form comprises of interlocking blocks of different masses, which can be termed as three ‘tubes’, one opens to the front, welcoming towards the house. The next one opens sideways relating to the surroundings. The third one opens upwards above the first floor, acting as a lighting -and even as a ventilating- shaft. 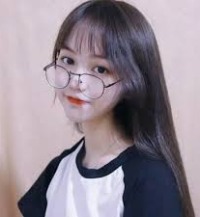