共生马托拉尔是一个景观设施，最近在墨西哥东部马德雷山脉（Sierra Madre Oriental of Mexico）的Parque Eco lógico Chipinque现场实施。该装置是一个更大的研究项目的高潮，该项目通过将新陈代谢（认知主义）和文化（地理哲学）模型结合到一个“共生景观结构”中，来探索当代建筑/景观连续体中城市化与自然之间的关系。
The Symbiotic Matorral is a landscape installation recently implemented on a site of the Parque Ecológico Chipinque in the Sierra Madre Oriental of Mexico. The installation is the culmination of a larger research project that fathoms the relationship between urbanism and nature in the contemporary built/landscape continuum by combining the metabolist (cognitivist) and culturalist (geophilosophical) models into a ‘symbiotic landscape construct’. 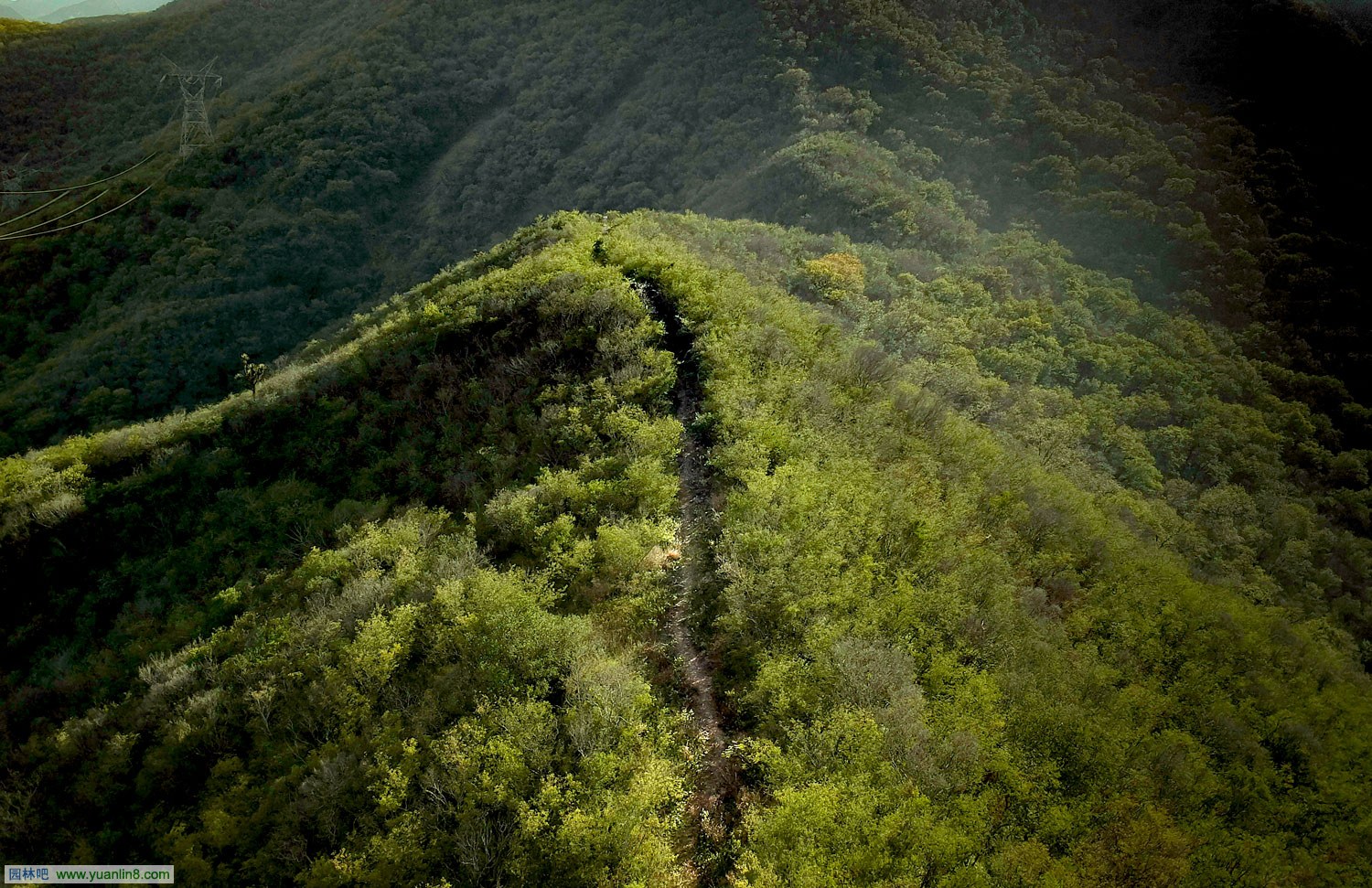 The project converts an abandoned service road into a floro-faunistic route that crosses through the highly-diverse ecosystem of the matorral submontano thicket and scrubland, transitioning into the high mountain woods. Construed as a spatial transcription interfacing Deleuze-Guattari’s geophilosophy of the ‘becoming-animal’ and Almo Farina’s cognitive ecology of the ‘eco-field’, the environmental infrastructure aims at destabilizing a conventional anthropocentric perspective. The visitor is immersed in a multifocal exploration that merges the synesthetic spheres of the humans and animals inhabiting this highly diverse ecosystem. This light environmental infrastructure reconnects man with the delicate ecosystem to reformulate a novel, more sustainable, and ethic relation. 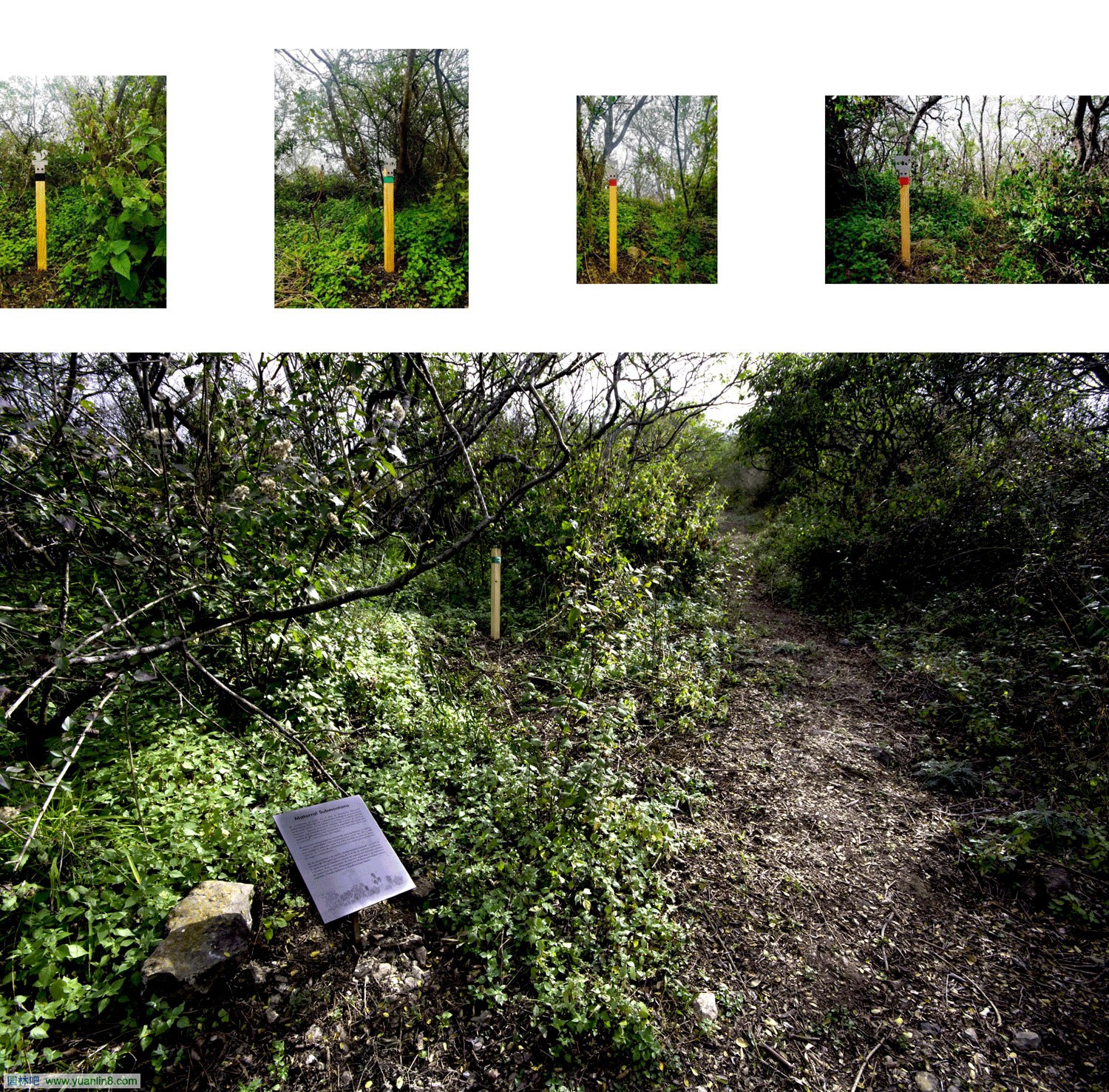 The installation converts an abandoned trail for the maintenance of a high-voltage line, which violently crosses the area, in a 500-meter-long journey through the luxuriant ecosystem. The travel through the matorral is orchestrated on different levels of interpretation. The ‘portal’, the ‘path of the animal trails’, the ‘glade of becoming’, the ‘floral abyss’, the ‘circle of contemplation’ are the main components of the route. On the surface, the signposting illustrating flora, fauna, and their metabolism pursues the edifying, didactical aim of promoting awareness about the richness, beauty, and fragility of the natural environment that surrounds us. On a deeper level, the path aims at destabilizing the conventional anthropocentric perspective. A sequential apparatus of partial installations gradually submerges the visitor in a multifocal exploration where the human perceptive sphere fuses with those of the many other inhabitants of the matorral. The installations let you hear like a rabbit, smell like a bear, see like a coyote, and fly like a green jay. On the ‘glade of becoming’, a narrative is plotted in a play of shadows between rocks, water, and cactuses, which culminates in the central installation of the ‘establishment of the totem’ at the crossing of the axis of the ‘becoming-demon’ and the axis of the ‘functional-trait’. 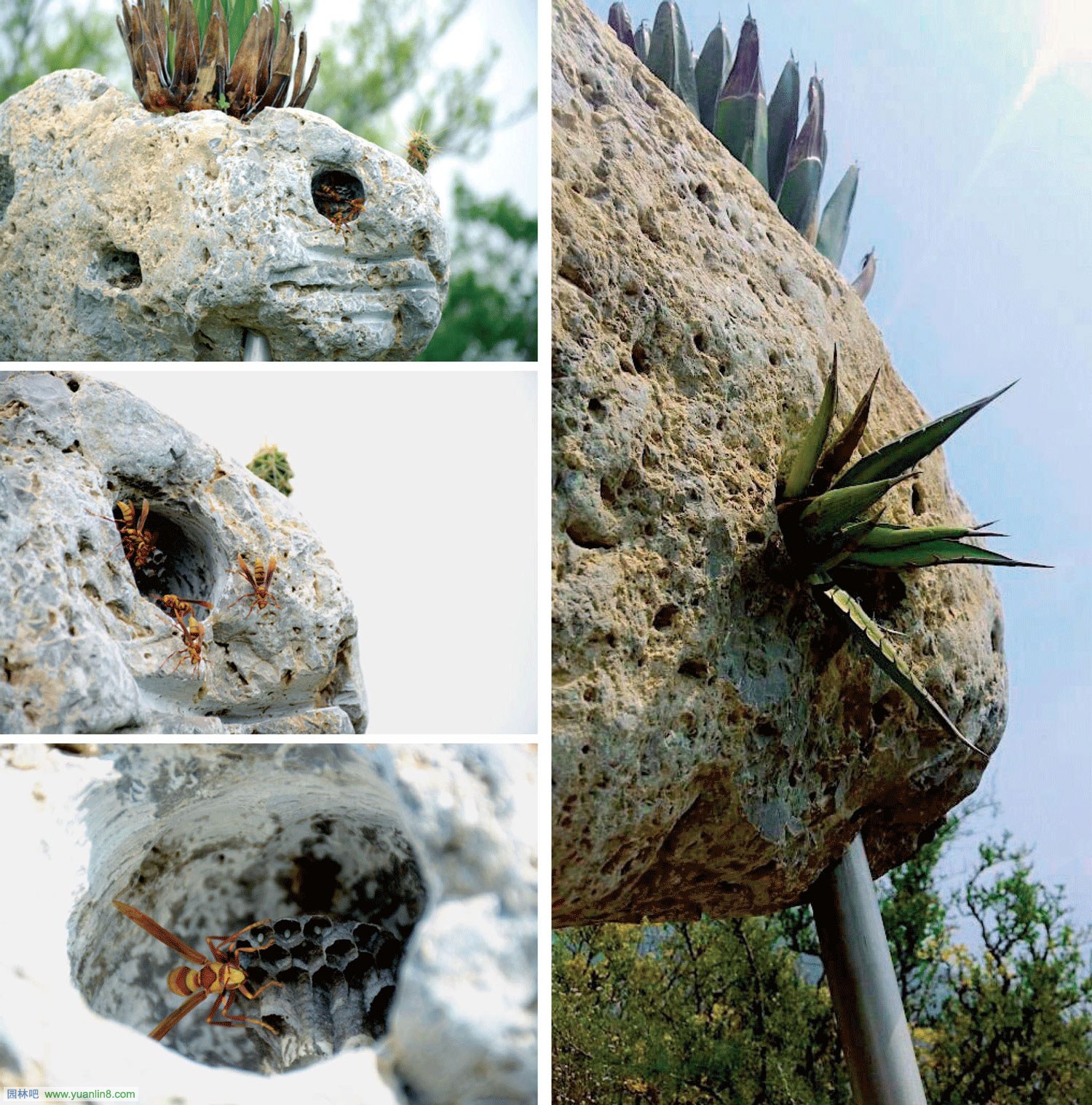 The Symbiotic Matorral installation is meant to raise awareness of the forgotten richness of the matorral submontano and its exceptional biodiversity among the schoolchildren of the metropolitan area of Monterrey. A two-year program of group visits from the public primaries of Monterrey led by members of the research team has recently started as part of a campaign for the promotion of environmental awareness. Unaware of the theoretical speculations, the children are offered elemental ecological information, introduced to a series of multisensorial observations, and led into a playful interaction with the sequence of installations to discover the biodiversity of the ecosystem and destabilize a conventional perspective over it. Prior and after the excursion, the children are interviewed with simple questions meant to mention basic notions environmental notions as well as the articulation of the ecological imaginary of the children. The preliminary results comparing the interviews before and after the excursion indicate a substantial trend towards the enhancement of both the rational understanding and emotional appreciation of the landscape. Role of the office in the project: design team

Other designers involved in the design of landscape: