安特卫普市已将格洛特斯基恩公园发展成为一个具有自身特色的新型景观城市公园。2010年的总体规划指出，格罗特-斯基恩公园应成为一个拥有高品质体育和休闲集群、自然、分配、青年运动、商队遗址、墓地和森林游乐场的公园。在获奖的设计“关节和房间”的结构，总计划是加强创造与休闲和放松空间的人的空间。在公园的各种空间和功能元素之间的一个紧密的公园组织创造了居民和新公园Groot Schijn之间，景观和城市之间的联系。
The City of Antwerp has developed Park Groot Schijn into a new landscape city park with its own identity. The Master Plan from 2010 states that Park Groot Schijn should become a park with space for a high-quality sports and leisure cluster, nature, allotments, youth movements, a caravan site, a cemetery and a forest playground. In the winning design “Joints and Rooms” the structures of the Master Plan is strengthened by creating human spaces with room for casual encounters and relaxation. A cohesive park tissue between the various spatial and functional elements in the park creates the connection between the residents and the new Park Groot Schijn, between landscape and city. 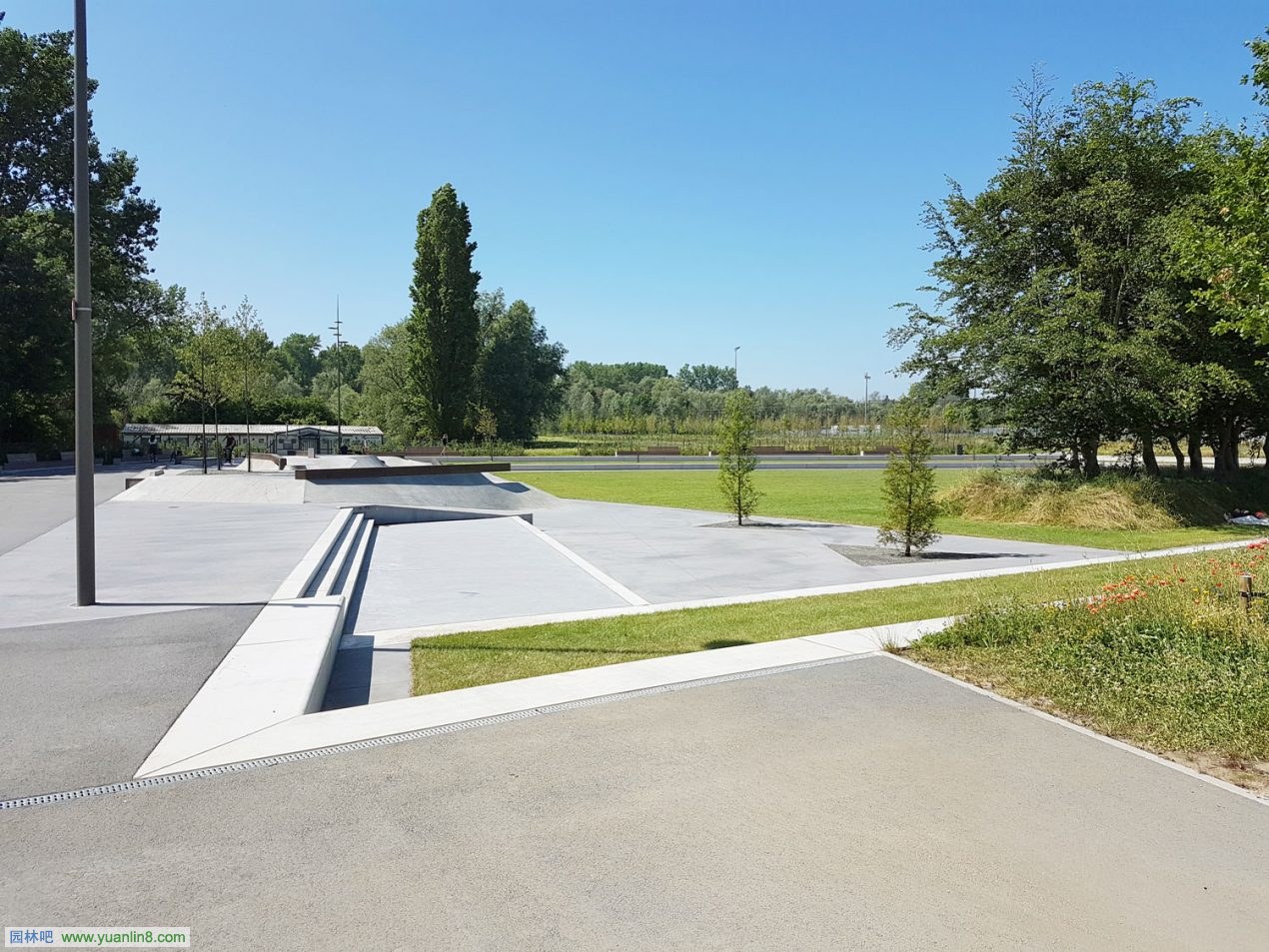 Park Groot Schijn hosts a large number of different (sports) clubs and associations. These all require their own space. At the same time it is a public park with corresponding public use and a very unique park identity. The public “joints” of Park Groot Schijn are the functional carriers of the park. They are major lines along which the spatial planning and imagination takes place and the most constant factor in the park. Within this green framework of joints, in the “program rooms” of various associations, an implementation of activities take place. This dual experience of the park is the basis of the design proposal. 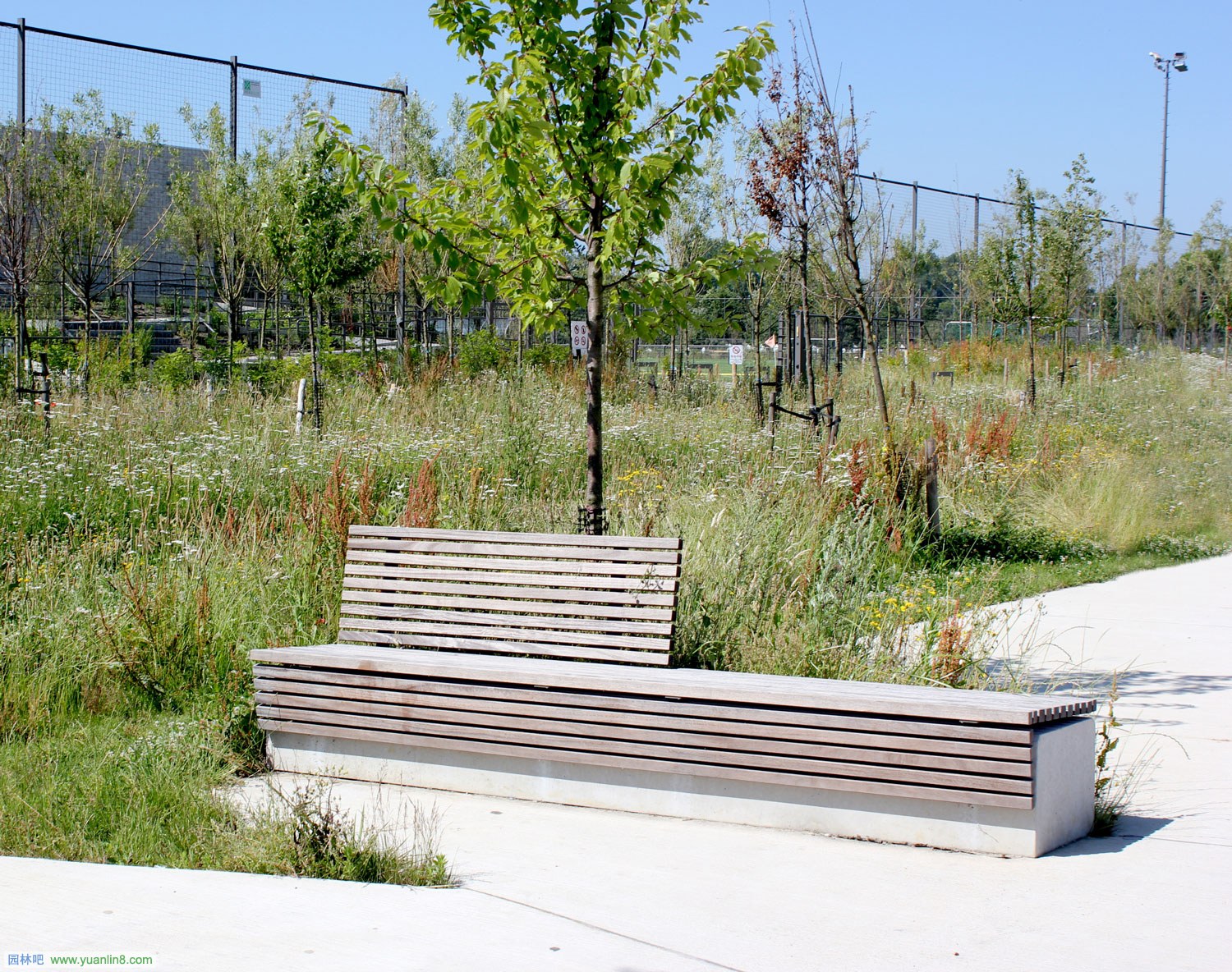 The hub of the network of paths in Park Groot Schijn is the east-west main route between Rivierenhof and Wijnegem; it connects the city to the outskirts. This 7-meter wide path indicates the direction and forms the backbone of the park.

The main route (east-west) leads to the green park plaza, the central open space of the park. This space is formed by a sunken lawn with sitting edges, neighbored by a semi-paved informal “village square” along which the surrounding club and association buildings are grouped. The square could host the annual club barbecues, and the recessed field can be used to skate on during winter. 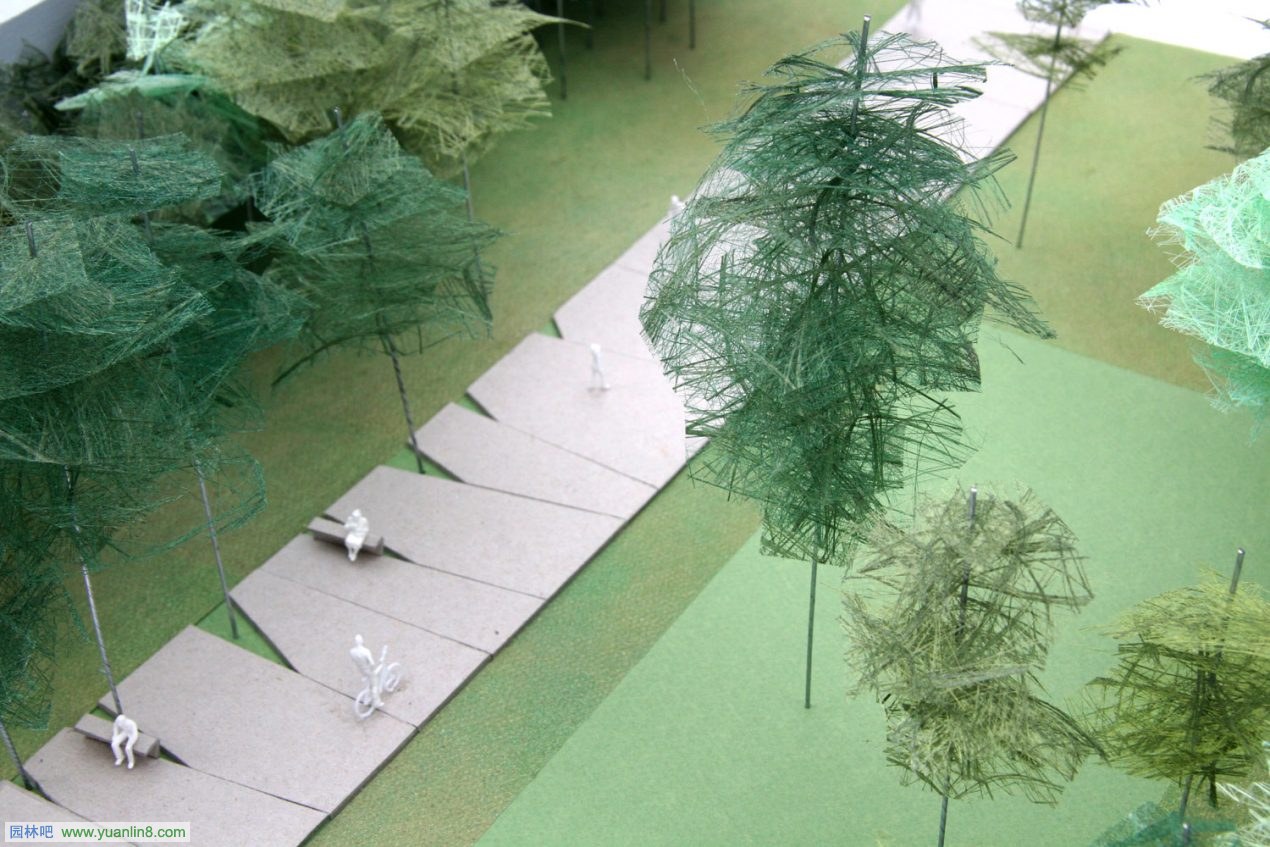