CLD: The foundation of the site is located on the top of an original flood control dam, now transform to a dynamic waterfront park. We restore the ecosystem and develop the waterfront landscape, also inject a series of leisure activities into the site, make the transformation from a depressed place to a significant developing resource of Jiangxinzhou. 大坝的设计仅仅是为了岛上农业的安全。大坝为陡坡挡土墙，采用抛石、铺草机和网架屋脊结构。水面的建造使滨水区的各种物种不致混合。高密度混凝土表面加速了径流直接入河。现有的水坝调节暴雨径流的能力很低。这一缺陷对长江的水质造成了极大的威胁。
The dam was merely designed for the safety of agriculture on the island. The dam was a steeply slopped retaining wall that was constructed with riprap, grass paver and grid ridge structure. The construction of the surface kept the various species in the waterfront from mixing. And the high-density concrete surface accelerated the runoff directly into the river. The existing dam offered very low capacity to regulate the storm runoff. The deficiency had cast great threat to the water quality of the Yangtze River.

We recognise those ecological defects, and attempt to solve those through landscape design methods. For the surface of the slope of the dam, the existing grass pavers were used to lift the planting soil to create a new layer for vegetation restoration. In addition, taking the existing grid ridge structure as the foundation, the new terraced platforms were built upon. The lawn and the common local aquatic and water tolerated vegetation were planted on the platforms to prevent soil erosion. All these together, a system that can retain and purify water is established. For an additional measure, the Metasequoia glyptostroboides groves were extended to the both sides of the commercial buildings on the ridge of the dam, which is also one of the very common environmental characters on the island. The design also incorporated Miscanthus sinensis cv., Phragmites communis, Cortaderia selloana‘Pumila’, Pennisetum alopecuroides, and willows into the terraced platforms. The design is a response to the slopping topography of the riverbank and a reminder of the history of Jiangxinzhou Island. 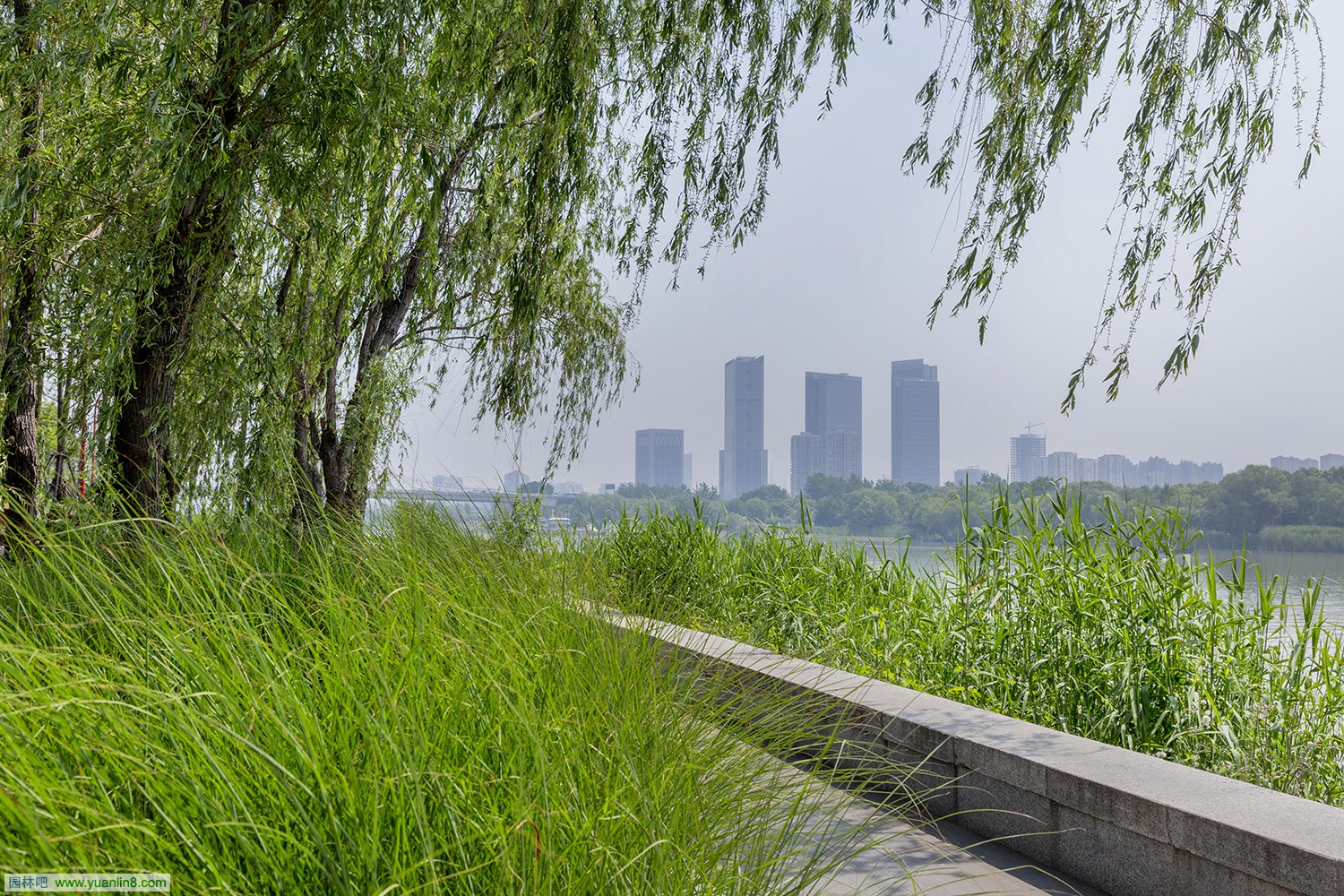 From Flood Control to Daily Life The singular structure of the dam was no longer able to accommodate the growing and new needs of the new residents on the island as the steep slope (1.2.5 to 1/3) fitted no condition for human activities. The terraced platforms were built as the solution. The north-south terraced platforms with different features were designed. The steep slope was broken down to three tiers – a riverside walkway along the river; a tier of water tolerated vegetation in the middle; and a tier on the top as the extension of the commercial space. The existing flood control channel around the island is planned to provide a track for future round-the-island bicycle and marathon events. The stone steps and planters on the both sides that are used for resting and sightseeing. 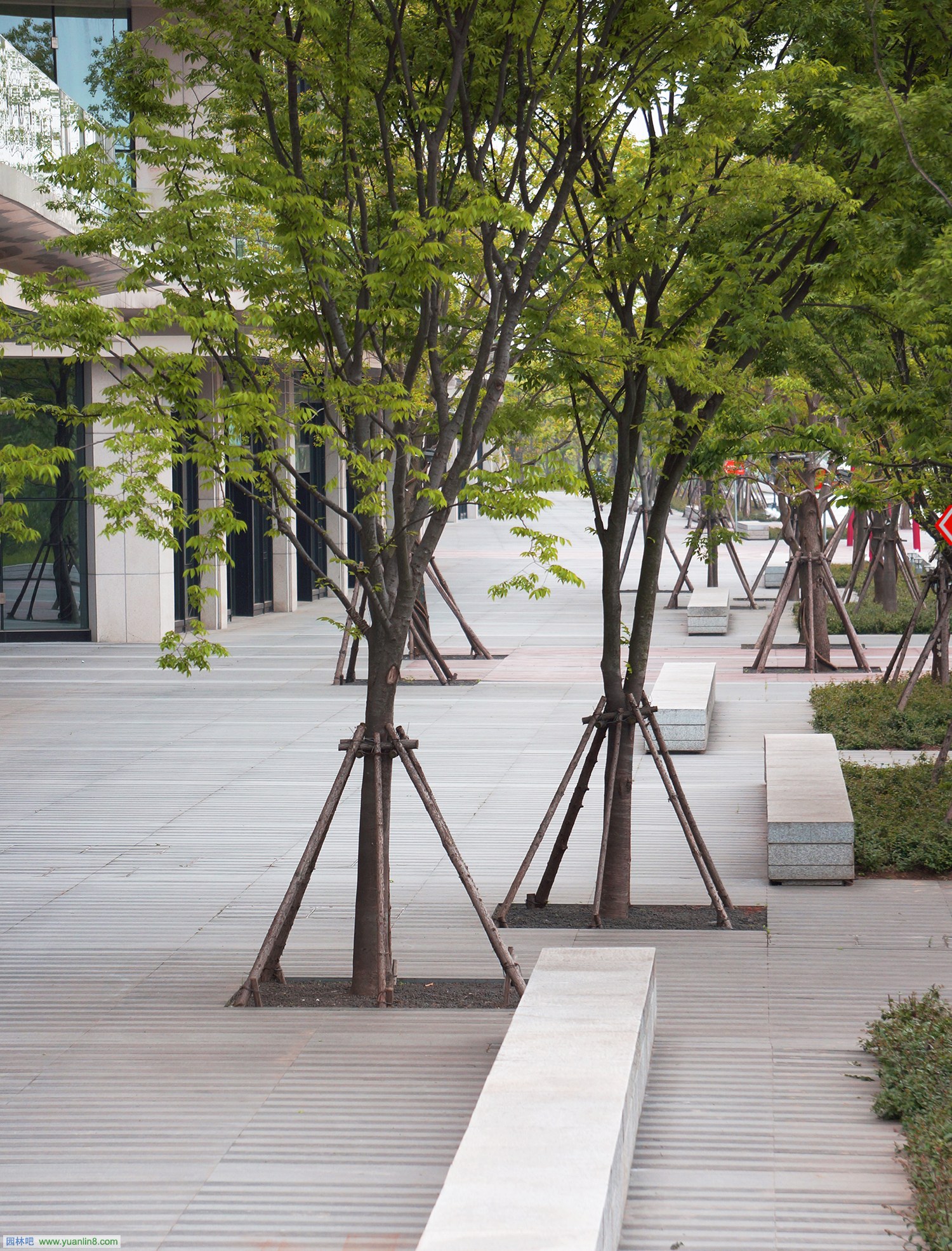 After nearly five years, Jiangxinzhou park is integrating into the daily life of the residents Gradually. The park completed its transformation from a depressed place to a dynamic area, now residents come here for jogging, Tai Chi, cycling, skating, relaxing under the shade of trees, and kids can enjoy climbing and running in the children’s playground. Families can realise the ecological l concern form city, the circulation of time and direction of the new development in the future of Jingxinzhou.